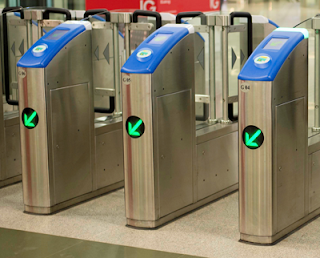 You can find QNX technology in almost every form of transportation imaginable, from cars and trains to boats and planes. It’s even used in motorcyles. If you download the infographic, “35 Ways QNX Touches Our Lives,” you’ll find lots of examples, including in-car infotainment, locomotive control, and cruise-ship navigation. But here’s the thing: the infographic doesn’t say a thing about buses. Not a single mention.

Enter an announcement that fills the gap. Earlier today, QNX revealed that the QNX Neutrino OS is powering an automated fare collection system used throughout Singapore, the Philippines, and Thailand. The system comprises automatic gates, ticketing machines, and yes, onboard bus equipment, including a console for the driver and a smartcard validation system for passengers. The system was created by MSI Global, an international system integrator specializing in land-transport solutions and a subsidiary of the Land Transport Authority (LTA) of Singapore.

Silvester Prakasam, head of the fare system business unit at MSI, has good things to say about QNX. “MSI’s experience with QNX Neutrino has been very favorable and we will continue to leverage the same secure OS for our future projects. Creating a solution that could gain widespread adoption was a key consideration in our choice of OS, and with QNX Neutrino we were able to create a design that is fast and reliable, yet affordable to customers in cost-sensitive regions.”

Read the press release to learn more. Meanwhile, I thought you would enjoy some images of the fare collection system, starting with the smartcard reader: 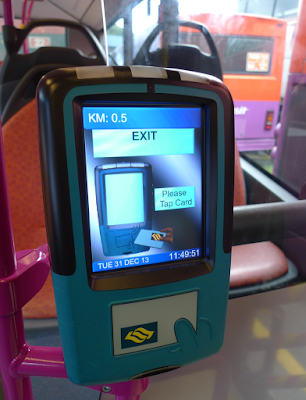 Here's an example of the ticketing machines:

And here's an example of the automatic gates:

Posted by Paul N. Leroux at 12:57 PM No comments: Links to this post