The Dragonflies of Eden

I don’t know about you, but dragonflies creep me out. They’re the hawks of the insect world: fast, voracious, and capable of catching their dinner on the fly — literally. In fact, long before birds showed up on this planet, giant dragonflies ruled the skies, with wingspans of two-and-a-half feet.

Imagine one of those suckers landing in your hair.

I found this dragonfly basking out in the open, just down the street from QNX headquarters. It’s much smaller than its Paleozoic ancestors, yet it performs a great service, by preying on mosquitos. Given that mosquitos in North America can spread West Nile virus, this is a good thing. 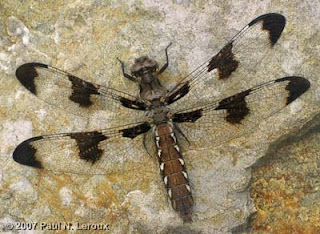 Moral: The thing that looks scary at first often turns out to be the best thing for you.

For example, at QNX Software Systems, we provided a closed source operating system for over 25 years. We could have taken the easy route and kept it closed. After all, why publish your source code or open up your development process when business is good? Better to play it safe, right?

We came to realize, however, that “opening the kimono” was nothing to fear. The more we thought about it, the more we understood that embracing a transparent and collaborative approach to software development was, in fact, healthy — both for QNX and for the people who use our technology. And the result was the hybrid software model.

As for me, I’m not ready to embrace dragonflies just yet. But I’m growing more open to the idea.

The Ballad of Billy and Pat

Like many people, you may equate proprietary software with Billy the Kid (bad, but not completely), and open-source software with Pat Garrett (good, but with drawbacks). Unless, of course, you’re one of the many people who think the exact opposite.

The point is, almost no one believes that either proprietary or open source is the solution for everything. Both approaches have their merits — and tradeoffs.

All fine and good, but choosing between the two can be difficult. In the proprietary corner, you can leverage your vendor’s professional support services and quality management process. In most cases, you also get better development tools. In the open corner, on the other hand, you get faster bug fixes, greater self-sufficiency, and the power to bend and shape the software to your purposes.

It’s no wonder, then, that software vendors like QNX are moving to a middle ground that gives developers benefits of both approaches. At QNX, we call our approach the “hybrid software model,” and I recommend that you read Lawrence Rosen’s whitepaper on the topic. Rosen is the former legal counsel to the Open Source Initiative (INI) and he does a great job of explaining what the hybrid software model is and isn’t. 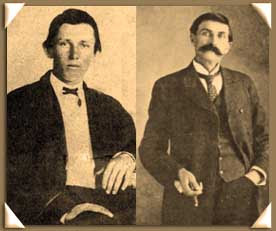 Billy the Kid on a bad hair day, and Pat Garrett on a good one.

Digital cameras, iPods, and cellphones are all cool examples of embedded technology. Unfortunately, these devices offer little value to the 2,000,000,000 people who still live without electrical power.

Don't get me wrong, I love my tech toys. But I also love it when engineers devise elegant solutions for people with real problems — like poverty, hunger, and disease.

CNET recently published a photo essay on several devices, all of them designed to help people in poor or undeveloped regions. My favorites: an LED light that replaces dangerous kerosene lamps, a hearing aid with a solar charger, and a “LifeStraw” that lets people drink safely from polluted water.

One reason I’ve always enjoyed working for QNX is that developers use our technology for really cool things, like the Chrysler MyGiG system, and for deeply important things, like treating cancer.

What about you? Have you ever used QNX in something that makes the world a little safer? A little healthier? I’d like to hear about it.